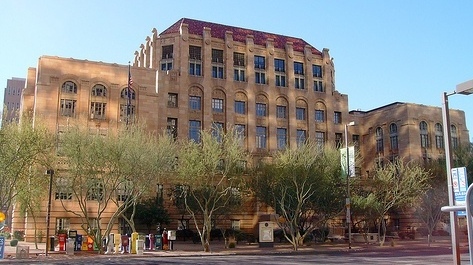 This article was originally published in “The Street”

As Baby Boomers continue to have higher and increasing divorce rates than other age groups, divorce later in life can bring increased retirement risks – there is less time (a shorter investment horizon) and an opportunity to recover from losses. This creates more vulnerability to market fluctuations and retired spouses may also be confronted with unplanned liquidity needs that can no longer be met with wages or a salary. Social security benefits can be an important part of a retirement income puzzle if you experience a late-life divorce.

Retirement and Social Security on their own are two complex financial planning topics. Then layer in divorce and things become even more complicated and confusing.  So let’s look at some of the myths around Social Security so better informed decisions can be made when divorce or remarriage coincide with Social Security claiming.

Below are some of the misconceptions around Social Security benefits that may influence decisions around divorce or your retirement plan:

The wording can be misleading, and there are some half-truths here so let’s explore some of this further in a general sense.

When we’re talking about Social Security, marriage, and divorce, 10  is the magic number of years married for someone to be eligible for Social Security or survivor benefits, based on the earnings record of an ex-spouse. This is explained further in the “Claiming Social Security” section below.

Additionally, both a current spouse and ex-spouse can have a benefit based on the same wage-earners record. Consequently, even if your ex-spouse has remarried, you may still be eligible for a benefit, and the benefit is not divided among multiple spouses/ex-spouses.

In the case of television personality Johnny Carson, his 1st, 3rd & 4th wives all collected Social Security benefits based on his earnings record. Unfortunately, his 2nd wife did not because they weren’t married 10 years.

TIP:   There are 2 kinds of benefits, Social Security benefits, and Survivor benefits – and the rules around remarriage are different.

Claiming on an Ex-Spouse’s Record

In general, there are five rules:

As a divorced spouse, your

Whenever you are eligible and apply for multiple benefits (as in the cases above) you won’t get the cumulative amount of the combined benefits (his/hers & yours), instead, you will get whichever one pays the highest amount.

TIP:  Divorced retirees who are age 62 or older by Jan. 1, 2016, and have a full retirement age (FRA) of 66, or if you were born before January 2, 1954, and have already reached your FRA, you may choose to receive the divorced “spousal” benefit and delay receiving your own retirement benefit until a later date,  by filing a “restricted application” for just your ex-spouse’s benefit from age 66 to 70. This allows your own retirement benefit (based on your record) to continue to grow at 8% a year – that’s a 32% benefit increase if you wait until age 70 due to the delayed retirement credits. Then if your earned benefit is higher, you could switch to your own individual benefit at age 70. This strategy however is no longer available for those born AFTER 1/1/1954.

This is where it can get even trickier, depending on whether you remarried before age 60, after age 60, if you were receiving a widow or divorced spousal benefit before remarriage. Are you still married to someone now?  Are both spouse and ex-spouse living or is one deceased?

However, if you remarry after age 60 you may be able to use social security claiming strategy based on an ex-spouse if it’s favorable to you under certain circumstances.

If you were previously divorced, met the other eligibility requirements & the previous spouse passed away and you now remarry after age 60, you may be entitled to the higher of a divorced widow(er) survivor benefit, a spousal benefit (based on your new spouse’s higher earnings record) or a benefit based on your earnings record.

TIP:  Today, with the increase in divorce, there’s an increase in multiple remarriages.  So,  if you have more than one marriage that has lasted 10 years or more and ended in a divorce the earning records of both ex-spouses may need to be evaluated when deciding on a claiming strategy.

Have no worries, the Social Security Administration (SSA) will NOT notify your ex-spouse that you are receiving benefits based on their record, but you will need to know his/her Social Security number and have a copy of the finalized Divorce Decree. The SSA will look at you as single, married, divorced, or widowed and you may seem to fall into several of these categories which can be very confusing. Remember, you can’t be an ex-wife/husband of a living ex-spouse and a current wife/husband of a living spouse when talking about a spousal benefit. In this case, you are a married spouse and can’t choose the better spousal benefits across both the ex-spouse and current spouse while they are both alive.

So, although you may apply for social security online via an application form or you’re My Social Security account, or by calling 800-772-1213, it may be most prudent to speak with a financial professional specializing in social security claiming strategies first and then make an appointment to go into your local Social Security office.

For a more detailed look at rules and scenarios see “Social Security Rules and Strategies for Divorcee Spousal Benefits”. It is also my understanding that the system’s rules and benefits are no different for same-sex marriages and divorces.

This is not meant to be an exhaustive discussion on the topic, tax, financial planning, or law advice; but rather items for consideration so that you may make better decisions with your team of professionals.